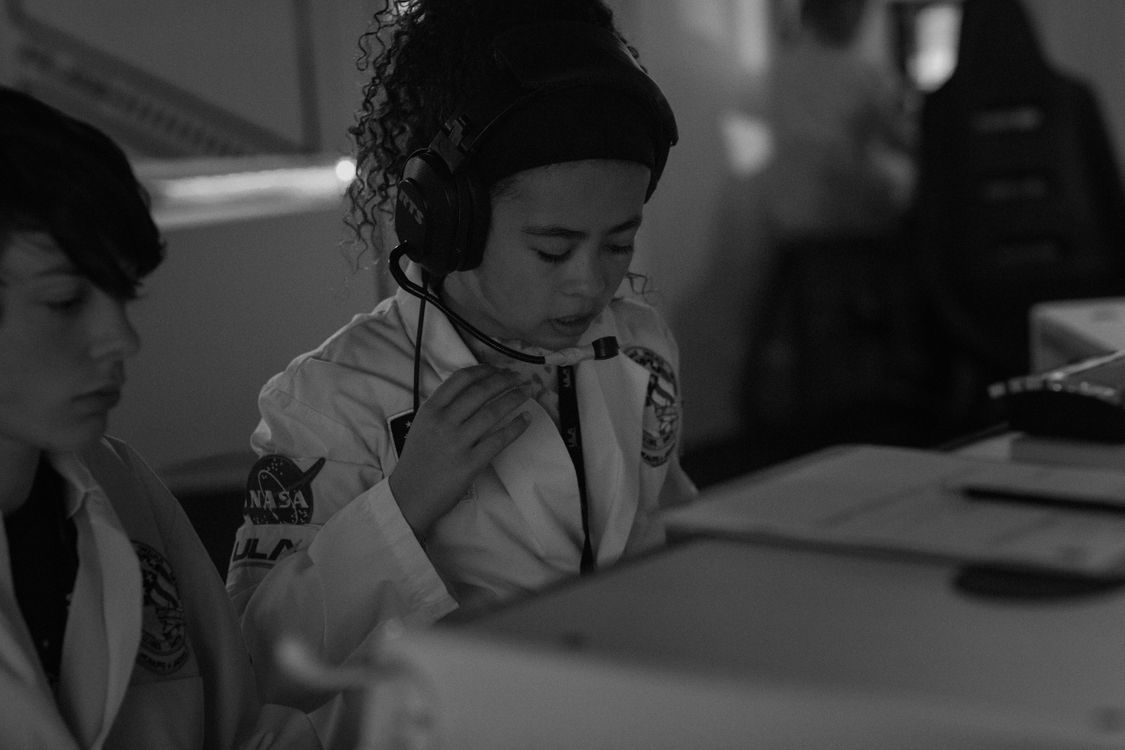 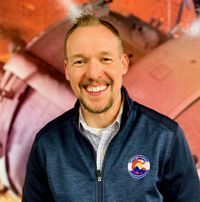 Inspired by a student teacher he had in elementary school, Ron was always interested in science. He spent the first 12 years of his career sharing that passion with his students as an elementary and middle school science teacher. Now, after seven years at Challenger, including the past three as Vice President of Education at Challenger,  Ron has been elevated to CEO and President.  Ron’s favorite Challenger program to run is the Night Sky planetarium show. No matter what their age, learning about the night sky is a great way to spark a sense of wonder and curiosity in students. And just like it did for him, Ron hopes that spark leads his students to a lifelong fascination of the creation around them.  Ron spends as much time as possible enjoying the Colorado mountains with his wife, Stephanie, and their three boys.  As a native of Pittsburgh, PA, Ron bleeds “Black & Gold” for his beloved Steelers, Penguins, and Pirates. 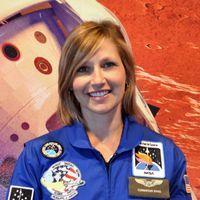 Becca has been a part of the Challenger network since 1999 as both a Center Director and Lead Flight Director. Her love of the outdoors is what drew her into science education, as a former elementary and middle school teacher; it was also the inspiration for her recent move from Indiana to Colorado. Now, as a member of the Challenger Learning Center of Colorado team, she’s excited about engaging even more students in the STEM fields through her role as Vice President of Education.  e-Mission: Lunar Outpost is Becca’s favorite program to run because, despite the fact that the mission is conducted digitally, students remain thoroughly engaged and excited by the science and their contributions to the experience. Outside of the Challenger Center, you might find Becca at the dog park, playing volleyball or spending time with her family. 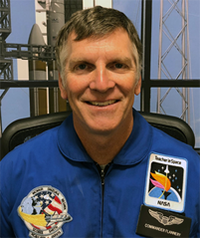 Steve loves space for the inspiration and sense of wonder that exploring it offers, as well as for the deeper appreciation of the earth inevitably gained from seeing our planet from afar. A graduate of Air Academy High School, he earned a bachelor’s degree in Journalism from Colorado Sate University and an M.A. in curriculum and instruction from UCCS. He has taught at the middle and high school level for 23 years, the past 13 at Pine Creek High School. Although he is thrilled to be a part of all the Challenger Center’s space and science programs, he is most excited about exploring the cosmos with student groups in our facility’s beautiful new Mikkelson Planetarium. When he is not at the Challenger Center, he enjoys spending time with his wife and four daughters and making the most of all the Colorado outdoors has to offer, preferably at the same time. 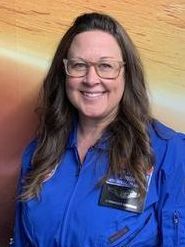 Katie has always had a love for math and science, and found herself teaching those specialties in middle and elementary schools before finding her true passion: STEAM. She graduated from Pepperdine University with a bachelors in Liberal Arts, and then a masters in Education. She has taught in California, Washington, and Colorado. In Colorado she was introduced to the Challenger Learning Center. After testing out new programs with Challenger Colorado, and developing a STEAM program at Legacy Peak Elementary, she was awarded with the June Scobee Rodgers Innovative Educator Award in 2021. Now she works as a flight director, and curriculum developer, bringing her love of the STEM subjects, and adding an extra jolt of creativity. Along with her husband, and two kids, she enjoys living a STEAM life at home where they are always creating something new and enjoying the beautiful Colorado forest. 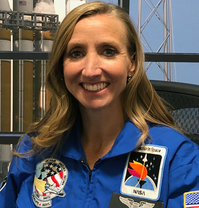 Carrie has always loved teaching.  She got her teaching degree from Middle Tennessee State University, where she developed a passion for technology that led her to work as a Computer Software Instructor for 15 years.  During this time she completed her MBA from University of Colorado at Colorado Springs.  She brings her technical background and passion for teaching to the Challenger Learning Center.  Carrie’s favorite mission is Expedition Mars. She loves seeing the students completely engaged and captivated by this learning experience.  Carrie spends her free time traveling or adventuring in Colorado with her family and three dogs. 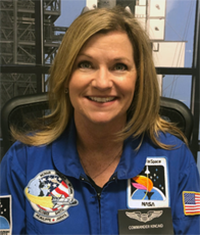 After graduating from Colorado State University and receiving her teaching degree from Hardin-Simmons University in Texas, Mary began her rewarding teaching career as an elementary school teacher. Mary has always loved working with kids and tapping into their imaginations. She sought out a position at the Challenger Learning Center after hearing about it from her own kids….who each thought it was the best field trip ever!
Mary’s favorite mission is Expedition Mars as it is engaging, involves teamwork, and is downright fun. When not running a mission, you will find Mary refinishing furniture, gardening, fostering kittens, or hiking in the beautiful mountains of Colorado. But, her hands-down favorite thing to do is relaxing on her patio with her husband and three amazing kids. 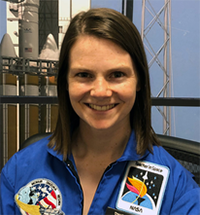 Some people look for the best job IN the world; Caitlyn looked for one that was OUT of this world.  A space enthusiast, Caitlyn loves learning about the Moon, Mars, and all things NASA. Her role at Challenger has been a long time coming.  As a Girl Scout in middle school, Caitlyn flew on a mission at the Challenger Learning Center and dreamed of someday being a flight director.  Later trips to Kennedy Space Center and the National Air and Space Museum continued to fuel her interest.  Now a former elementary and middle school teacher, Caitlyn's favorite subjects to teach were math and science, and she's happy to still teach those subjects as a flight director.  Her favorite mission is Rendezvous with a Comet because she enjoys seeing younger students excel as they work together.  When she's not at Challenger, Caitlyn prefers to be outside enjoying the sunshine, on the couch reading a good book, or in the kitchen developing new recipes for her family to try. 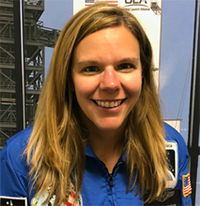 Born and raised in Colorado, Kendra always had her sights set on becoming a teacher. After finishing her B.A., she went on to earn her Master of Science in Curriculum and Instruction, with an emphasis in secondary Social Studies. She joined Challenger Learning Center in 2019 and her love of teaching quickly broadened into the STEM field. Kendra’s favorite part of teaching is encouraging critical thought and this opportunity presents itself in every aspect of Challenger’s curriculum. She equally loves running simulated missions and expanding STEM knowledge in all the MakerSpace activities Challenger has to offer. When she’s not at work, you can find her spending time with her husband and kids enjoying all that Colorado outdoors has to offer or volunteering at her kids’ school.